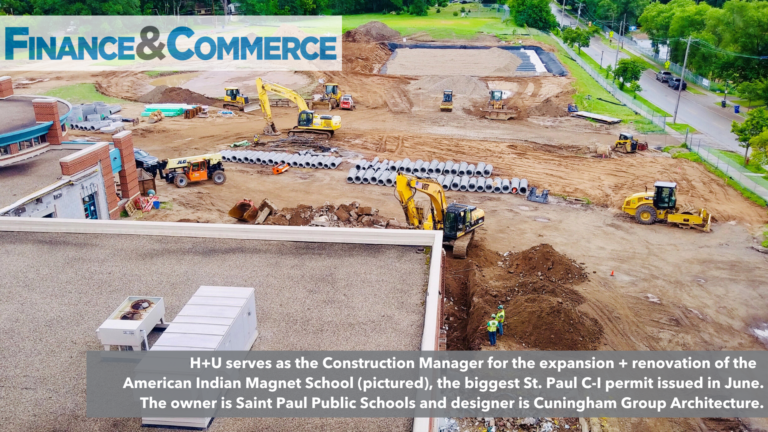 Commercial-industrial building activity is heating up in St. Paul after a rough patch during the early stages of the COVID-19 pandemic.

After a strong month of June, C-I permit activity has pushed ahead of last year as work progresses on school construction, new apartment buildings and other notable projects in the capital city.

As Finance & Commerce previously reported, C-I permits tapered off in mid-March after Gov. Tim Walz ordered nonessential workers to stay home in response to the pandemic. Permits were down 52% year-over-year in April before bouncing back in May.

The biggest permit issued in June, $38 million, is for an expansion and renovation of the American Indian Magnet School (pictured above) at 1075 Third St. E. The owner is Saint Paul Public Schools and the contractor is H+U Construction.